What Is Traumatic Brain Injury? 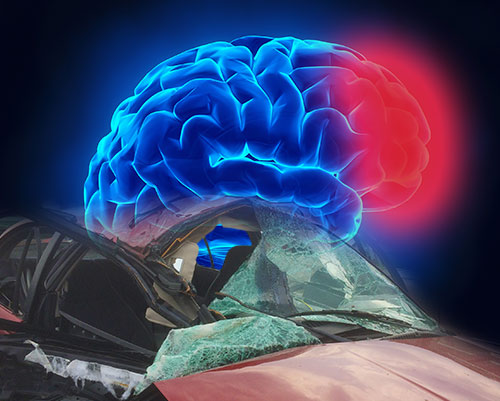 A Traumatic brain Injury (TBI) may occur when a sudden impact to the head results in damage to the brain. The most frequent causes of civilian TBI, when averaged across all age groups, are motor vehicle accidents (MVAs) and falls. Think about what happens. During the course of a car crash or a fall, a person’s head may be subject to violent forces, especially if it strikes an object. The acceleration and rapid deceleration associated with a significant blow to the head may transmit tremendous forces through the brain, causing damaging shearing and tearing of delicate nerve fibers. With sufficient force, regions of the brain responsible for consciousness and awareness may be affected and can cause loss of consciousness, coma or even death. TBIs vary widely from very severe to mild.

How Common are TBIs in the United States?

The Center for Disease Control (CDC) estimates that there are at least 2.5 million emergency department visits prompted by TBI in the U.S. annually. While many of these would be classified as mild and typically do not result in long-term complications, others are much more severe and can cause lifelong problems with permanent impairments in physical, cognitive (“thinking abilities”), behavior and mood. These more severe injuries are almost always associated with persisting problems that cause partial or complete disability. And another 3% of annual cases in the U.S. (approximately 53,000 people) actually die from their initial head injuries. However, as medical science has advanced in its ability to rescue severely brain injured persons from the jaws of death it has created an ever-expanding number of survivors who face a lifetime of potential problems. The CDC estimates that somewhere between 3 and 5+ million people are currently living with TBI-related disabilities in the U.S., and many of these people are young. This is because head injuries are more common in children (between the ages of 0-4) and adolescents (between the ages of 15-19). When you couple the absolute number of new cases annually with the relative lack of public awareness about the short-term and long-term effects of a significant TBI, it is easy to understand the imprimatur that TBIs represent a silent epidemic.

What Are The Symptoms of a Brain Injury?

The answer to this question depends on the severity of the injury. One hallmark of a significant TBI is a loss of cognitive or thinking abilities, including concentration and memory. In young people, this may have a dramatic and negative impact on their school performance. Concurrent with these disruptions, alterations in behavior and mood are common. These changes may vary from apathy and loss of drive to irritability, impulsivity and impaired judgment. Although the types of behavior change vary widely, it is likely that they will interfere with the person’s ability to have satisfying relationships with friends and family. Many families report that while they can cope with a brain injured loved one’s physical and even cognitive problems, it’s the alterations in behavior, personality and mood that are the hardest to accept and live with. Dubbed an invisible injury because survivors of TBI often look the same as before their trauma, it is the hidden damage to their brains that can create an entirely new persona. Many marriages end in divorce because the brain injured person can no longer behave in a manner that permits a previously harmonious relationship to endure. Disruptions in critical social ties may also lead to isolation and loneliness, and may help to explain the higher rate of suicide in TBI survivors. There is hope, however, in the form of specialized therapies and medications. Neuropsychologists have an important role in treating the TBI survivor and his or her family. 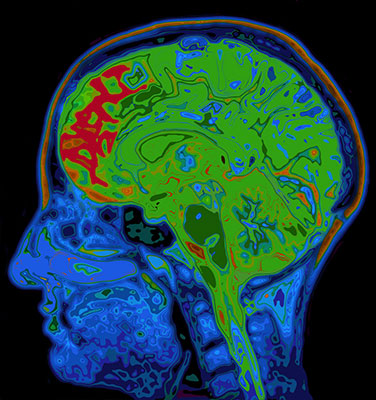 Before a doctor can set a broken bone, a detailed x-ray is required to guide treatment. In the same way, before someone who has sustained a significant TBI begins rehabilitation, a comprehensive and thorough neuropsychological evaluation is necessary to identify the person’s specific cognitive and behavioral strengths and weaknesses. A thorough neuropsychological evaluation employs standardized tests to assess cognition and behavior. Cognition involves a wide array of abilities from general intelligence and new learning as well as judgment and impulse control. Once a thorough examination is completed, the neuropsychologist can inform and guide the injured person and their family about the best options for rehabilitation as well as answer other critical questions about safety, independence, potential for school and work, and long-term outcomes. Because improvement and gains may occur for one or more years after a TBI, serial neuropsychological assessments may not only be useful but also necessary.

Once a person who has sustained a TBI has been medically stabilized and their acute injuries have been addressed, they may have an array of persisting problems that are best treated through a coordinated continuum of rehabilitative services. The rehabilitative services address physical, cognitive, behavioral and familial issues that arise in the wake of a TBI. These services are often provided in a stepwise fashion from most intensive (inpatient) to a gradual reduction in outpatient intensity from coordinated day programs to less frequent therapies. The goal of rehabilitation is to improve a person’s ability to function in multiple life domains through the provision of targeted, specialized services. It is not enough to just survive a severe TBI; effective, well-coordinated rehabilitation can make the difference between survival or regaining a quality and rewarding life. Neuropsychologists have an important role in shaping rehabilitation with their specialized expertise to assess cognitive and behavioral strengths and weaknesses after TBI, their ability to provide ongoing assessment of gains in these domains, and in the guidance they can provide in treatment planning. Rehabilitative treatment seeks to identify and then address residual deficits through a well-coordinated interdisciplinary team approach (including Physical Therapy, Occupational Therapy, Speech and Language Pathology, Psychotherapy and Neuropsychology).